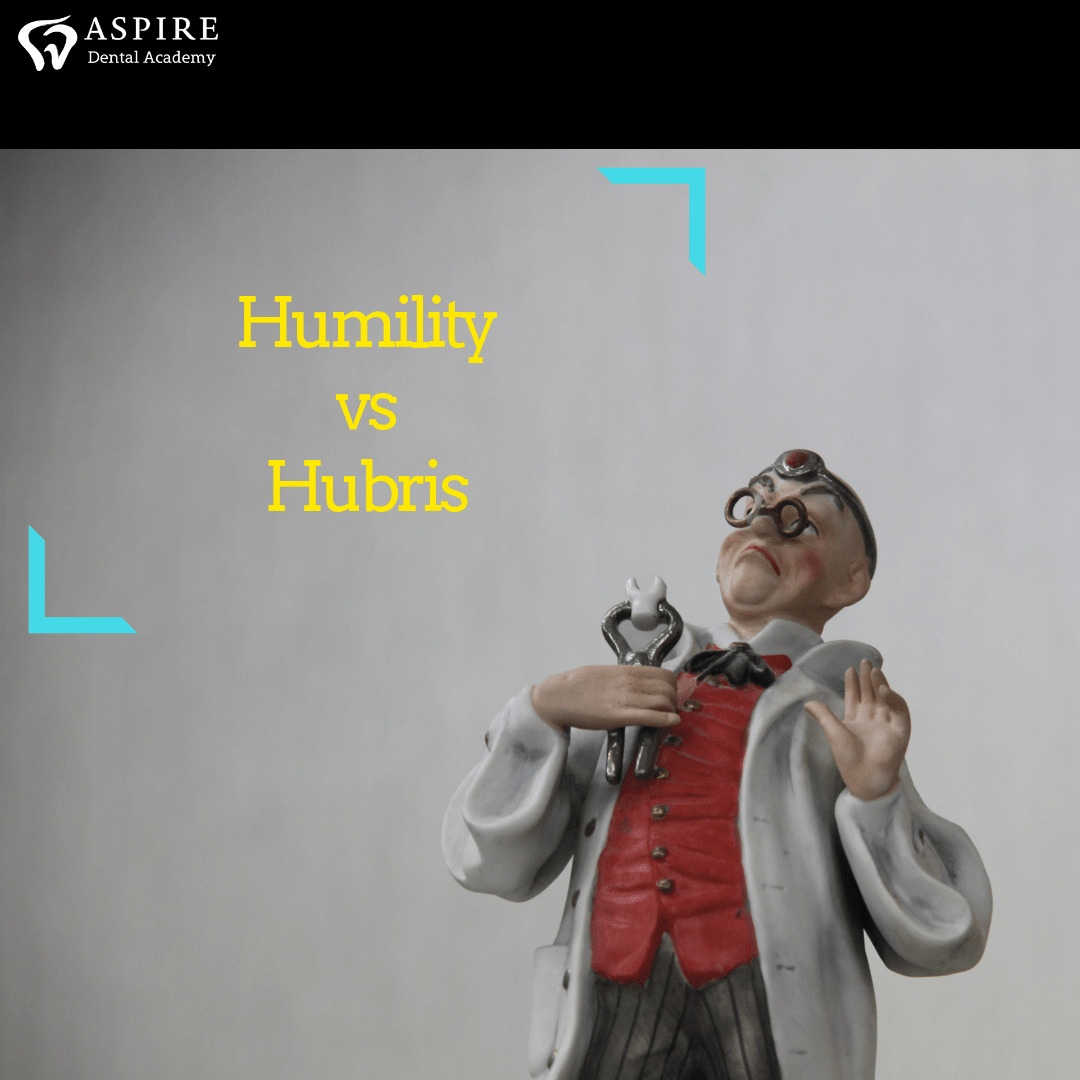 I was asked to provide some remedial training for a postgraduate student training at a major London teaching hospital around three years ago. He was in the final year of training, and as he approached his final exam to gain an MClinDent in Prosthodontics and get on the specialist list some cracks had started to show.

A number of case study patients that had been strategically hidden from teachers and moved from supervisor to supervisor were starting to complain. Gaps in knowledge could no longer be bluffed over with over-confident loud quips, and concerns vis-à-vis an external examiner (with no vested interest in ‘seeing one of their own get through’) were beginning play on the mind of the team delivering this expensive postgraduate training programme.

So they asked me to take a look.

He was bad, properly bad. He was loud, wearing expensive clothes and working in his parents’ practice. He talked to me like he was interviewing me for a job. He wasn’t very clever and had poor handpiece control—similar to that which one sees in second or third year undergraduates—a bit wobbly, certainly unstable—and preps were either undercut or like little wigwams.

Anyway, I don’t want to talk about educational remediation here. The point is this:

He was a remedial, he was poor, he wouldn’t pass your Friends and Family Test (perhaps the most sensitive test across the entire spectrum of surgical healthcare), yet to get his contract in my dept. we made him an honorary specialist trainee.

He quickly added this accolade to his others. He flipped rendition to the equivalent of an awards ceremony. His website reports he is now the “youngest trainee ever to have gained access to specialist training at the hospital I work in”.

He would greet patients by congratulating them on finding him, as he was “so special”. The polarity between his weakness and his perception of his strength was vast. He was arrogant to the point of being harmful to himself and others. Hubris.

It contrasts to the quiet, unassuming delegates I see so often who are full of doubt, insecurity and humility but who, when tasked with preparing a difficult tooth for a difficult preparation or asked to recreate a complex layered class IV composite, produce a sculpted work of art with little or no input from either Raheel or me.

It’s more likely that he looks at me from across the phantom head room with a knowing stare, a look of mutual agreed assurance that our profession contains some superbly talented and clever people.

So my bias is towards humility and away from hubris.

But recently I made a mistake.

This lady in her early seventies had been in increasing pain for two years. This pain was well localised to the upper right six, which had an implant in front and behind it. The pain was vague, intermittent, occasionally severe and not brought on by thermal stimuli nor pressure. It just existed but would disrupt sleep, reduce appetite and change her mood.

To compound the problem she has incurable metastatic breast cancer, which was now well controlled with denosumab and steroids. Denosumab is a potent osteoclast inhibitor, which combined with steroids means her risk of a vile and highly morbid MRONJ would be very real if she had an extraction. Hence, there would be concomitant danger of pain and a significant medical risk with implants and extractions.

She had seen two different endodontic specialists, both of whom had informed her the canals in her upper right 6 were completed sclerosed and endodontics had nothing to offer.

“Mr Porter, please, please, will you help me?”

I made a mistake. This is what happened: I tried everything to avoid extractions, and I certainly wasn’t going to waste her time with another endodontic investigation. That had already been done. By specialists.

So I patched up the deficient restoration on the back of the tooth hoping this would remove two years of intensifying symptoms. What was I thinking? It didn’t work.

I removed the overhanging implant-supported crowns, as occasionally she got food stuck and trapped. Oh well done you clever little sausage, that’ll fix it. It didn’t.

Another eight weeks, ten emails and a dozen phone calls went by before I overturned my last stone to see if anything could be done via endodontics. So I opened the tooth…

Four canals found in under five minutes. Not because I’m clever but because root canal anatomy is predictable and rarely varies from well-established norms. The canals were there: one was hyperaemic, the other three dead and full of stinky rubbish. So, clean tooth, one appointment, and home.

The patient calls the next day, in tears, as she is pain-free for the first time in years. She can eat, sleep and function as normal.

My feelings are a sense of happiness for her—but with a nagging doubt as to why I added a two-month extension to the pain sentence she was serving.

I had caused her suffering and pain and exhaustion and depression. Why?

I know how to do endodontics, I do live treatments and live demonstrations on a weekly basis for our Aspire Endodotincs course. I teach specialists.

I also know that poorly performing postgraduate trainees who are sent to me for assessment and sadly receive a recommendation from me that they should exit training or at least repeat a year, get fudged through and accredited as specialists thereafter.

I should have put the humility and doubt aside and treated this poor lady’s tooth how I knew (admittedly with the power of hindsight) it needed treating. Humility prevented me from doubting the ability of the specialists.

This was wrong, they were wrong, and I was wrong.

As with most things the answer lies in the middle, with balance, with confidence through supervised training and from honest feedback.

We are all still learning. This happened to me in December 2018.

I hope you come and learn with us soon: the balance, the expertise, and a good measured dose of humility is waiting, all in a hubris-free zone!!

Click the link below for information on our Endodontics and Restorative courses.


If you enjoyed this article you will enjoy our free webinars, if you would like a personal invite let us know: